The Dental Industry is Under Assault from PayPal Scammers

In the Internet age, scammers have found that everywhere they turn is a potential gold mine for theft and other criminal activities.

The Dental Industry is Under Assault from PayPal Scammers

In the Internet age, scammers have found that everywhere they turn is a potential gold mine for theft and other criminal activities. Their numbers continue to grow, and their strategies continue to adapt. For example, it was once believed that the oldest generation was the most vulnerable to these scams due to their perceived ignorance about the Internet. However, FBI statistics suggest that teenagers fall victim to Internet scams more and more frequently. CNBC reports that people under age 21 reported 23,200 complaints of scams in 2020 compared to just 9,000 registered complaints in 2017. Thus, it seems like many more scams are directly aimed at a younger population.

The scammers will go wherever they believe they can find the most vulnerable targets, and yet another place where that is happening more often than before is in the dental industry. In particular, PayPal scammers seem to have leaped onto the dental industry in a big way recently. 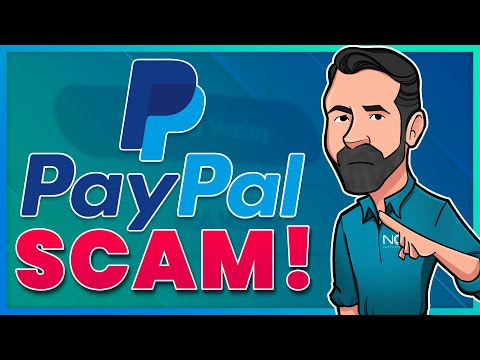 Getting someone’s PayPal login information is a great way to steal funds directly from that person, and the scammers are well aware of this. The fact remains that PayPal is one of the primary facilitators of financial transactions between everyday consumers and the businesses they interact with. The dental industry often uses PayPal as one of the ways that it can accept payments from its customers, and the scammers have seized the opportunity to try to steal PayPal information whenever possible.

Many people are under the impression that e-mail phishing scams are an old trick that doesn’t work nearly as well as they used to, but that just isn’t the case. From some of the earliest examples of an e-mail scam, such as the “I Love You” e-mail virus attack of 2000 to the present day, e-mail remains a primary medium for scammers to get the information they require from their victims.

What they often do these days is create something that appears to be a legitimate e-mail from a company (such as PayPal). Still, they are only striving to get the recipient to enter their personal financial details so that they can steal them.

A devious scam being pulled on the dental industry at this time is the creation of fake invoices sent to businesses in that industry to see if they can convince them to pay for something they do not truly owe money on. For example, the scammers create what appears to be an authentic invoice, but they are just creating an invoice where money will be transferred directly to themselves.

Why do Fake Invoices Sometimes Work?

The fake invoice strategy has found a foothold with many scammers because they have seen some near-instant success with this strategy. You might wonder how it is possible that fake invoices would even be paid by an organization that does not truly owe the money, but it does make some sense when you think about how the payment systems work in many organizations.

When scammers send a fake invoice, they tend to have three critical elements that they stick to:

Many organizations may simply pay invoices that are relatively small and contain non-round numbers without paying a lot of attention to them. Paypal scammers are jumping all over the opportunity to take a chunk out of any organization that is not carefully focusing on its invoices and how it pays its bills.

What Can be Done to Combat This?

There are several ways to approach this problem, and these strategies should be combined to achieve the best results. The strategy’s first leg is ensuring enough staff is on hand to fight against the PayPal scammers. This is to say that it is necessary to keep enough people working to ensure that these scammers never get the last laugh.

In addition, the staff should be provided with the best software possible to flag potential fraudulent charges. NOVA Computer Solutions has experts on staff and creates solutions that may be used by those in the dental industry to find the scams that are attempting to take away from the profitability of any specific dental office. They will gladly jump into action to help that dental office defend itself against these scammers and get the help they need to ensure they don’t fall victim to scams like this.

One thing to remember is that scammers who find a target that seems to be falling for their scams will often stick with that target for the long run. They will continue to feed on that same host when they realize they have nabbed one who doesn’t appear to have its proper defenses up, which should be extremely concerning!

Please contact us if you have questions about how to fight back against the scammers and start to win battles you never thought you could. We are here to ensure you have the tools of the trade you need to help keep your organization safe from those who would gleefully take it down.