Speak With Our Awesome IT Experts Now

TrickBot is up to its tricks again. Once cyber experts get a handle on it, TrickBot releases new modules that advance its capabilities. Here’s what you need to know to protect your organization from TrickBot. 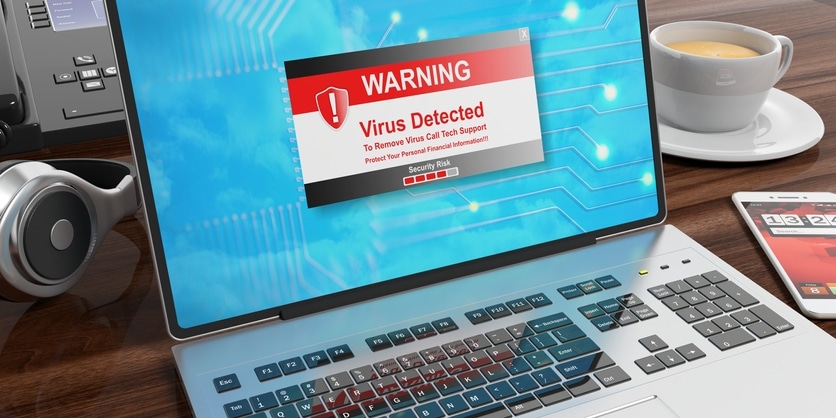 Don’t Get Tricked By TrickBot

TrickBot is up to its tricks again. Once cyber experts get a handle on it, TrickBot releases new modules that advance its capabilities. Here’s what you need to know to protect your organization from TrickBot.

The Multi-State Information Sharing and Analysis Center (MS-ISAC) recently released a security primer on TrickBot. Originally developed in 2016 as a Windows-based banking Trojan, TrickBot has recently advanced its capabilities.

Malware developers are continuously releasing new modules and versions of TrickBot— And they’ve done this once again.

How Is TrickBot Distributed?

TrickBot is disseminated via malspam campaigns. Malspam is a combination of malware and spam. It’s usually delivered through phishing or spear-phishing emails. Its goal is to exploit computers for financial gain.

These malspam campaigns send unsolicited emails that direct users to download malware from malicious websites or trick the user into opening malware through an attachment.

TrickBot is also dropped as a secondary payload by other malware such as Emotet. Some of TrickBot’s modules abuse the Server Message Block (SMB) Protocol to spread the malware laterally across a network. (SMB is an application-layer network protocol that facilitates network communication while providing shared access to client files, printers and serial ports.)

The developers behind TrickBot have continue to add more features via modules to this potent trojan virus. It can download new modules that allow it to evolve if left unchecked.

How Does The TrickBot Malspam Campaign Work?

The malspam campaigns that deliver TrickBot use third-party branding looks familiar to you and your staff such as invoices from accounting and financial firms. The emails typically include an attachment, such as a Microsoft Word or Excel document. If you open the attachment, it will execute and run a script to download the TrickBot malware.

And, TrickBot is really tricky. It runs checks to ensure that it isn’t put in a sandboxed (quarantined) environment. Then it attempts to disable your antivirus programs like Microsoft’s Windows Defender.

And even worse, TrickBot redeploys itself in the “%AppData%” folder and creates a scheduled task that provides persistence. Persistence is the continuance of the effect after its cause is removed. So, even after you remove TrickBot, it can still create problems.

What Happens If Your Network Gets Infected With TrickBot?

In November 2018, a module was developed and added that gave TrickBot the ability to steal credentials from popular applications such as Filezilla, Microsoft Outlook, and WinSCP.

How Can You Protect Your Organization From TrickBot?

We recommend that you contact us and arrange for the following to protect against the TrickBot malware:

Don’t let TrickBot use its tricks to steal your confidential data. Contact us for comprehensive IT Security Analysis and Remediation to keep TrickBot out of your network.

As a consultant to dental practices, I help my clients maximize what can be done with their technology to maximize production and profit.

Does Your Current IT Company Really Understand What It Takes To Work In Or Run A Dental Practice In 2020?

NOVA Computer Solutions is one of a few IT service company that only works with dental practices. We work with general dentistry, oral surgeons, orthodontists, and many others.

Reach Out To NOVA Computer Solutions And Book A Complimentary Consultation With One Of Dental IT Service Professionals.

Not Ready To Connect With Our Team Of Dental IT Professionals?

No worries...check out some of our tech articles below.

Meet Your Tech Team From NOVA

SEO and IT Services Marketing by Ulistic